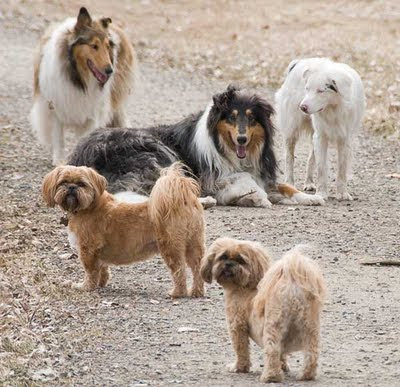 We met this group of six a couple of days ago. I include the humans, Karen and Sharon, in that count. We have Karen's Jessie at the top, and that is Max that Blanca is checking out. Nearest to camera is Carson and Trouble. Don't know which is which. We all stood about at the Owl Spot for awhile discussing how lucky we are to have such an Owl display going on right here on our favorite Island. Max had the idea that we were simply talking too long, may as well take a break. 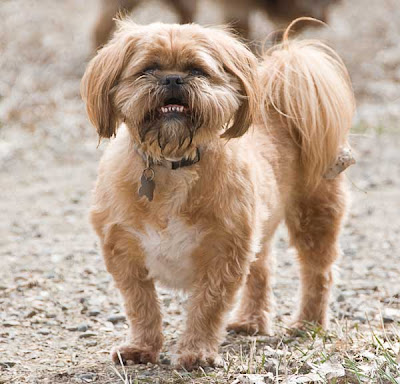 Okay, I am going to step out on a limb with the Owl here and say this is Trouble. I think he was the more forward of the two and I think this is him, he was curious about me, or my BIG EYE I kept pointing at him. 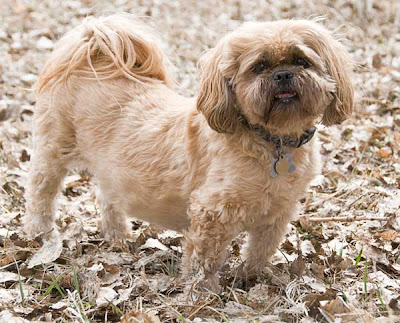 This would be Carson then, if I have the names correct. Notice the small shoots of grass in the foreground, a sure sign spring is finally here. 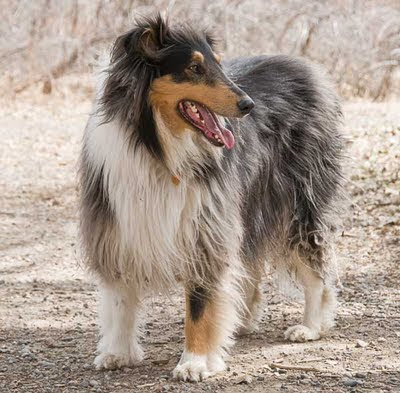 This is Max. When I was a kid everybody ( well, close ) had a dog like this, except usually brown. You do not see them so much anymore. My childhood friend Terry still has two. Collies. Max is an older gentleman, and was enjoying his outing this day. 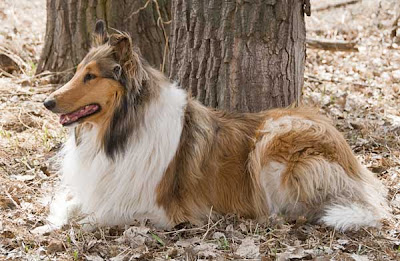 This is a pleasant photograph of Jessie. Taking it easy in the shade. Looking at these two photos I am amazed at the similarity between the Collies and Chocolate, except for the long nose. They both have lots of feathers, big manes, too much hair behind the ear ( from a maintainance point of view ) and similar markings. On Spanish Shepherds the white is not supposed to be above the mid-point.  Of course Nina Blanca misses out on all this. Collies are much bigger. These guys probably weigh 70-80 pounds, Chocolate is at 50.  Thanks dogs, it was fun.