Kona, An Akbash, An Ancient Breed from Western Turkey 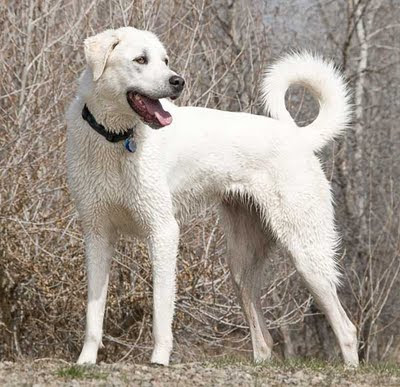 We met Kona walking with her friends Bailey and Sarah.  I have never met, or seen, an Akbash before. Kona was great. Yesterday when I originally posted this I spelled the breed name wrong, I looked up Kabash, which is an Anatolian Shepherd Dog.  Kona is not an Anatolian Shepherd.  I had it all wrong. Jeez. The name Akbash comes form the Turkish word "akbas" meaning "white head." The Akbash comes from western Turkey and was developed over 3000 years ago.  Kona is three years old. I apologize to Kona and Sarah for getting the name wrong. Dyslexia rears it's ugly head. 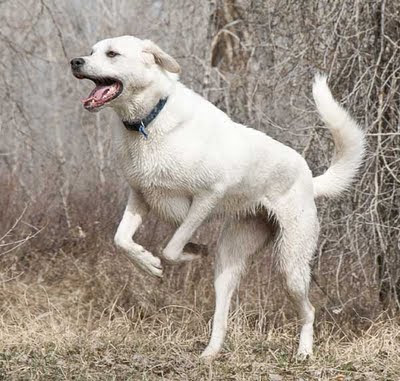 Chocolate and Blanca liked Kona and they all played circle chase for awhile. Which is Very Good. 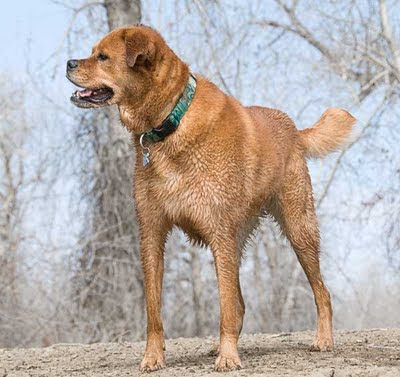 This is Kona's friend Bailey. Bailey is a Chow Boxer mix, and was a rescued from Hurricane Katrina, apparently one of many many dogs that were saved by rescue groups nation wide.  Lucky Dog. 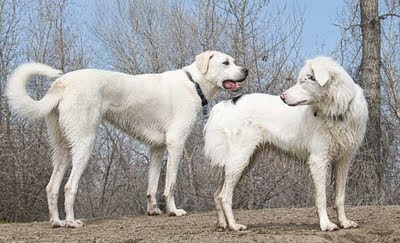 I really like this. Two Wet White Dogs.  I tried to get them to stand together, but "hey we are having fun" was the response. Priorities. This is close. Kona is bigger relative to Blanca, Blanca is standing much closer to me.  Kona has  a little peach color, like on her ears. Blanca is just a white genetic failure.  You do not see white Spanish Shepherds often. Does not matter, she is great. She is beautiful. I love Blanca. 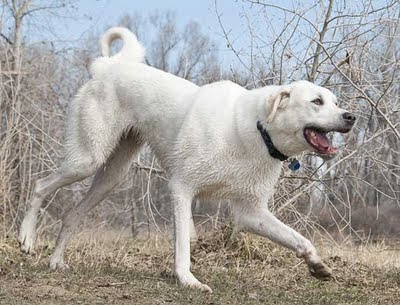 Despite having the breed wrong, the time I spent reading and looking at pictures of this turkish guard dogs was not totally wasted. Kona has many traits of the Turkish Kangal dog, which is the National Dog of Turkey, a Turkish National Treasure. His curly tail is a trait of the Kangal, which does not appear on the Anatolian Shepherd.  The two breeds have apparently been interbred and probably have shared traits.  He also looks alot like a Hungarian Kuvasz, a related breed which is always white, but does not have the curly tail either. But Sarah has informed me that I have it all wrong and Kona is an Akbash. Cool dog. Thanks Kona. Again apologies for mangling the breed info. Akbash.