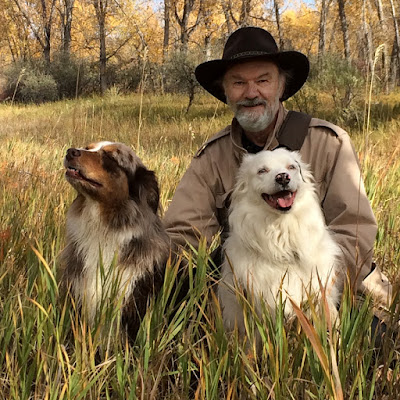 I am always complaining that I never get good pictures of me and my kids. Well, this summer that has ended, my friend Mike got one that I loved, and this past friday my friend Pat took this one. I love this, it is the best yet. I love the expression on Choco's face. Nina Blanca is certainly smiling. She loves Pat, Pat is her favorite peep (after me)
No comments: 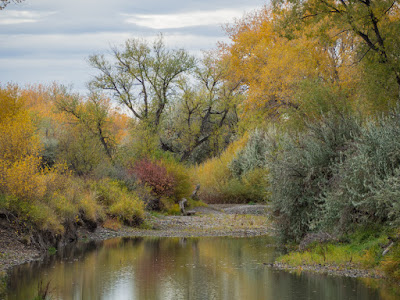 This is from yesterday, when it was pretty overcast. Today the sun was out, and it was warm and totally glorious.  But the overcast helps to bring out the colours in the trees, and the reflections. 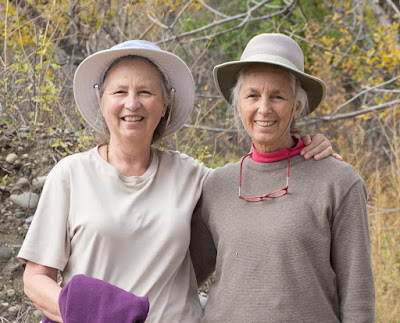 Lou Shasta and Pat Davis Lee.  My kids and I came out earlier and were slowly making our way about the Island when we cross paths with my friends. Well it went something like that, there were texts involved. 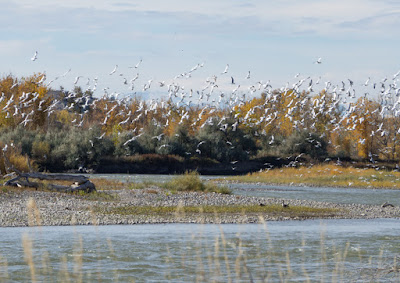 I always love this when the seagulls rise up. There must be an official name for this phenomena. There were two eagles circling above, and the gulls always take flight when there are eagles. I got a couple reasonable photos of the eagles, but they are just small specks on the file, not very interesting. 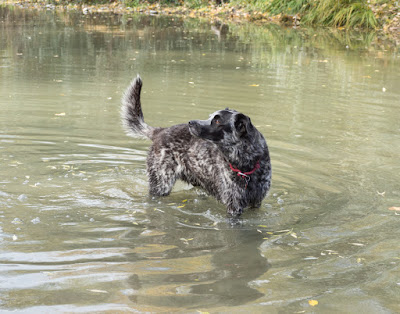 This is Simon. That is Simon at the top of the blog with the red ball. He was I think six months when we took the top photo, and is seven and a half years in this one. He is the most energetic dog I have ever seen. He is a Blue Heeler Brittany Spaniel mix, his peep is Pat. She is pretty dedicated to keep him walkin. 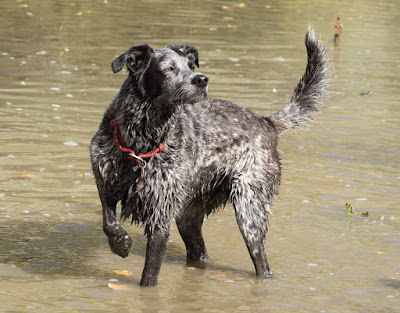 It is seldom I am able to get good pictures of dogs in the water, just too many negative elements. But these came out really swell. I love the waves moving away from Simon in the first picture. The him looking directly into the light with the light side of his face showing, wow! As a rule Simon is not a water dog. But if it is not too deep he obviously has no objections to it. Blanca will not go in this far. 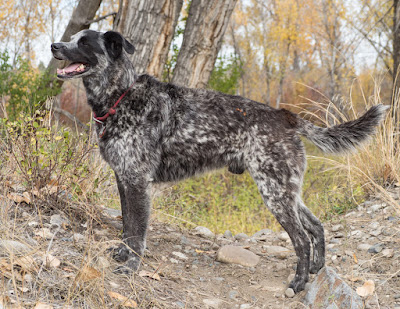 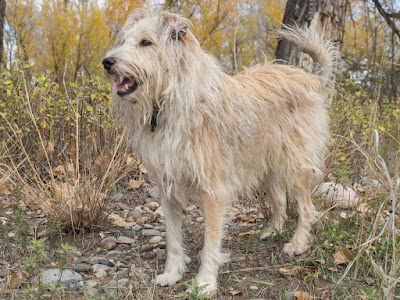 Finnegan. Seldom do I get a side view of the boy. Looks like we started to get some cloud cover, compared to the next photo of my boy Choco. 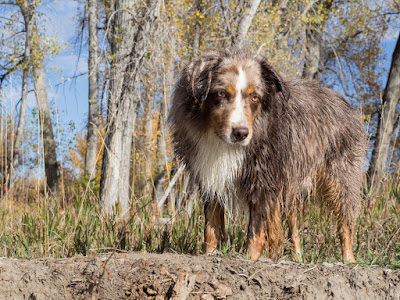 Chocolate trying to decide if he is up for another swim. He will not go into the water except to fetch. Even then he has to be encouraged strongly the first few times, but then he doesn't wanna stop.
Beautiful wonderful day at Norm Schoenthal Island. 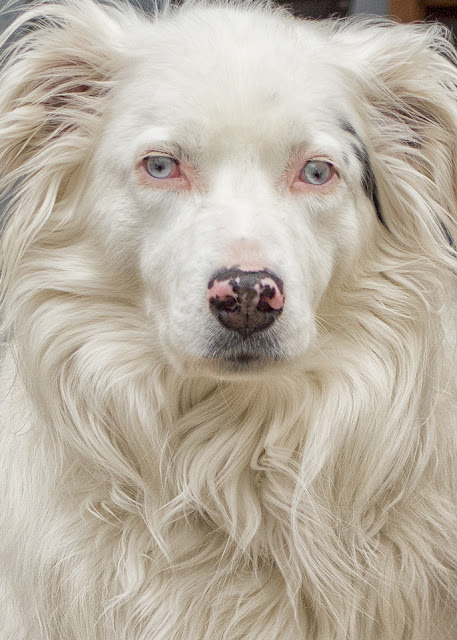 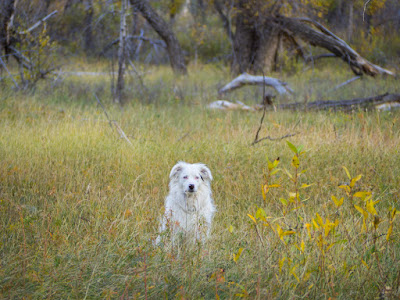 We four went late to Norm's today. I have been having trouble getting up early. Early being 8. Not so early.  I really enjoy staying in bed late, but this is not the time of year to be doing it. Soon going late will be a good idea because it will be cold at 8. 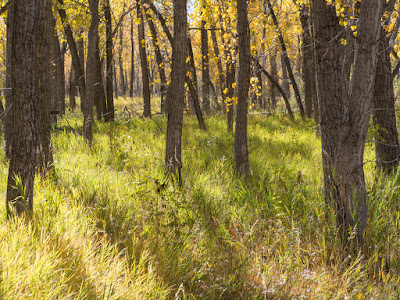 It is only October, but the shadows feel long. It is beautiful. My kids seem to have passed a point in a dogs life where the most important thing to them is to be with me, they are by my side almost constantly. Wonderful. 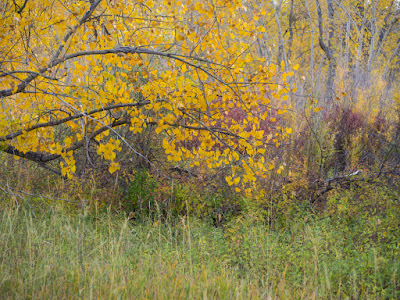 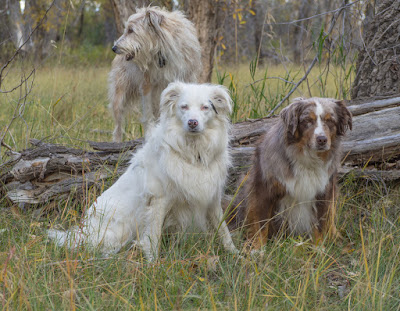 This is a picture of Blanca and Finny. Choco refused to cooperate. I need a new technique for him. I should have begun it today.  Blanca is great. She just drills me with those eyes when I tell them to stay, I think she has got it that when I point the camera she looks. 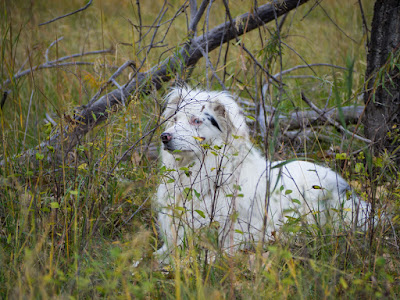 I like this picture of Blanca. I also like the focus aid on the Olympus OM-D e10.  This is the one feature that could possibly make me a complete convert to Electronic Viewfinders. 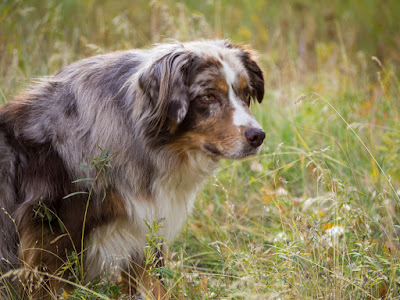 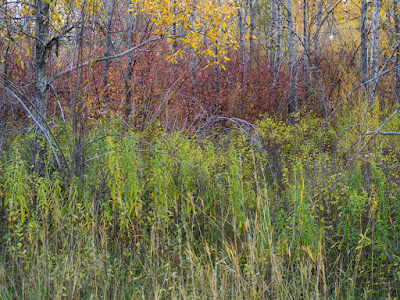 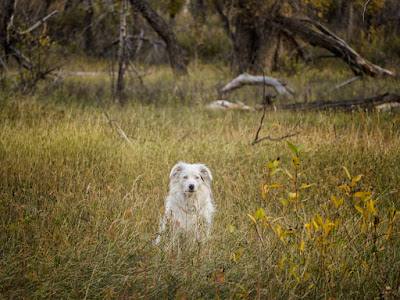 Of course, since I have eyes only for Blanca, this is how I see the top photo. Pretty cool. I am using here a set of actions that I downloaded from Google, Nik Filters I guess they are called. Google bought Nik several years ago, before that they were highly regarded and expensive. You can now download them for free from Google. There are some useful ones. I have been using the sharpening actions.  They really are sets of recorded actions. 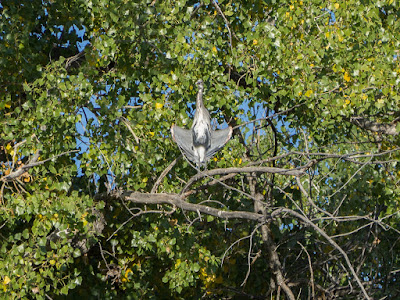 Eagle eye Mike spotted this wonderful phenomena. It is a Great Heron sunning himself. This particular Heron calls this limb home apparently. We see him there quite often.
There have been a great number of Herons on the river this year. In one day last week Mike and I spotted six, including this one sitting on his limb.
Not much of a photo, it is just a small section of the film, and that was at 300mm. But, it is cool anyway. I have never seen such a thing with a big bird.
No comments: