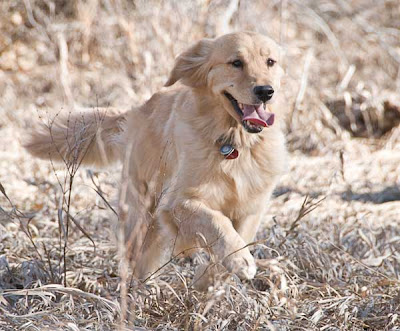 Today we walked with Rizzo and her friend Betty.  Rizzo ( yes the character in Grease ) is a three year old Golden Retriever, and a beauty she is.  She was very nice and ChocoBlanca and I liked walking with her. 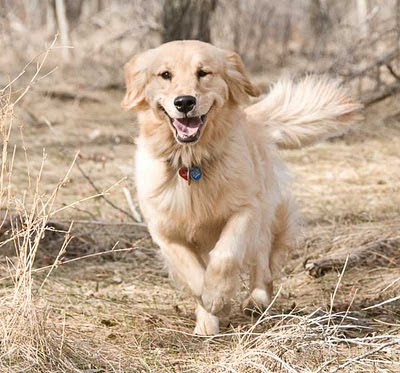 Rizzo has not been out in the woods off leash before, but she did great. She was obviously a very happy girl. She behaved excellently, coming when called.  Today was an "official" photo session, and Rizzo came so well that it was a problem. Every time I sat down to take her picture she would come running to me. I like you too Rizzo. 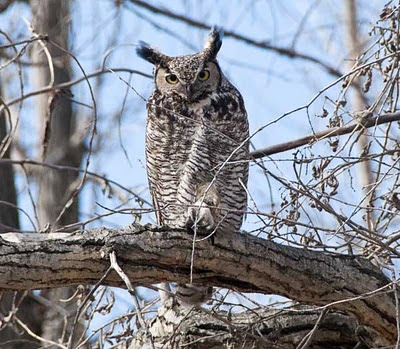 We encountered a couple kind of wildlife today at the Island.  I got my very own good photograph of Mr. Owl.  He was sitting very low on this horizontal limb. I felt that I almost could reach up and touch him. He looked at me for a long time with just one barely open eye, then just as I was giving up he opened both eyes.  I do believe he wanted me to go away. 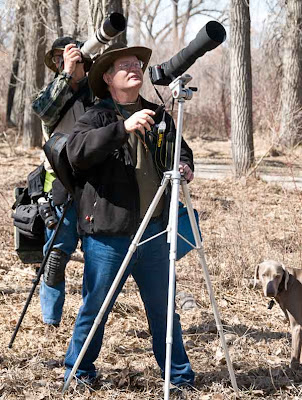 We also encountered two specimens of the very rare Two Legged Long Lens Humanoid.  These two are named Mike (in the rear) and Rick. They are pointing their long lenses at the mother owl, who we do believe is sitting on little owls. Fledglings? What's the word for baby owls? My second most favorite beautiful girl Marne is keeping them contained here. 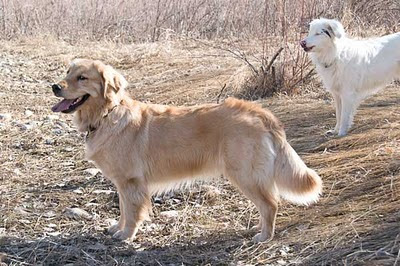 Rizzo and Blanca watch dogs and people pass us by on the main path.  Chocolate has run off to see them, but the girls are keeping close. Good girls. I appreciate it.