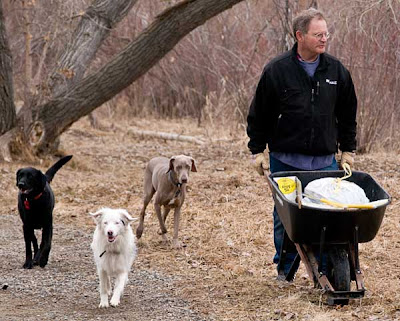 I arrived at Norm's at 9am, and Rick with his dogs Maggie and Marne were already diligently at work cleaning up the winters accumulation of doggy doo. (poop).  The day was highly successful with over 40 ID tags being pinned to volunteers.  I see Rick does not have one on. That makes at least 41.
Marcia Clausing brought two garbage cans and placed them along the trail in both directions so there no longer is the excuse that there is no place to put the poop after you pick it up.  Please dog people, let's be responsible dog owners and pick up after our friends so Norms can continue to be the wonderful place it is for all users.
It was just so great to see so many people pitching in to clean up our favorite walking place. It warmed the heart and stimulated the mind.
I took a lot of pictures today, so they will be slowly added today and tomorrow.
Understandable Contemplation 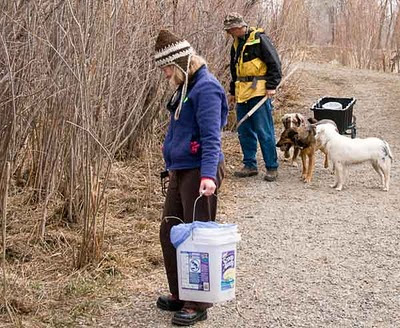 It seems that Shelley and Mike are contemplating the enormity of the undertaking.
I Found One. Hey, this is Fun 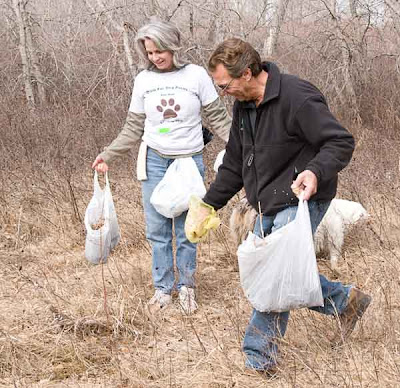 Marcia our Hero for organizing this great event, enjoys her dog doody with her husband Harry, who probably would rather be in his shop working on the Impala or the Coronet, but here he is helping Marcia, and he looks to be having fun. Thanks guys. You will notice my Chocolate and Blanca in almost every picture. They have learned to stay the direction I am pointing the camera. 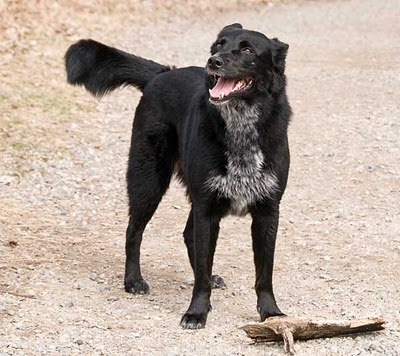 "Hey, I found something much more interesting over here."  This beautiful boy is Marcia's Teak.
Help Out, Use the Scooper 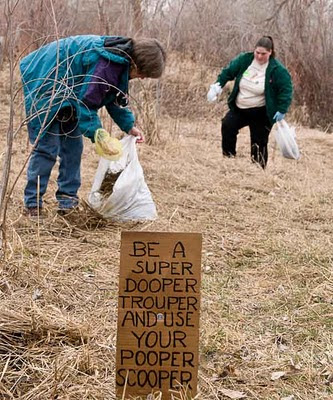 Doing their part, and then some, we have Karlee Royal, and left is CJ's mom. Sorry I did not get her name.

Or a shovel. Bella, Bandit, John, and Scout scour the south side for poop.  Hey! where's the rest of Bandit?
Tucker Is More Than Ready To Help 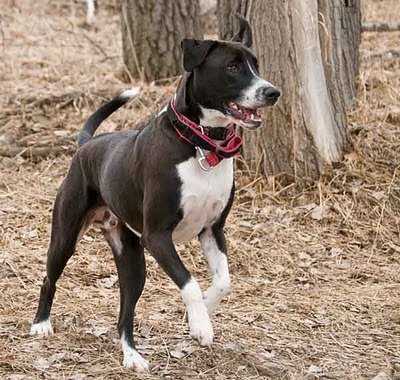 Tell me what to do people, I am all ready to help
New Friends 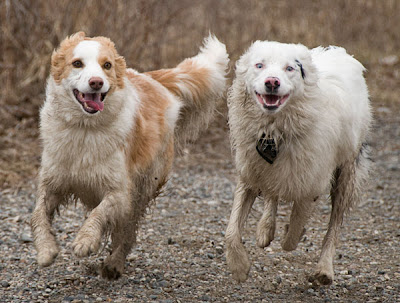 Blanca met a new friend today, Daisy.  They seemed to really like each other, and were a great match size wise and seemingly temperment wise.  They played great. Fun to watch. 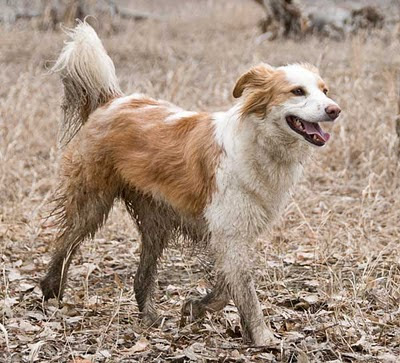 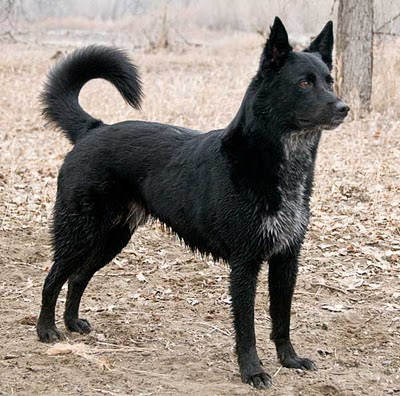 While Blanca and Daisy were running about I was also keeping an eye on this regal boy, Teak. He is a beautiful alert boy.  I wonder what kind of a breed he is. Great picture, if I must say so myself. This is Tipsy, who we met just as we were about to leave for the day. Two years old with lots of energy and a great look.  She is lucky to have found her friend Diane. 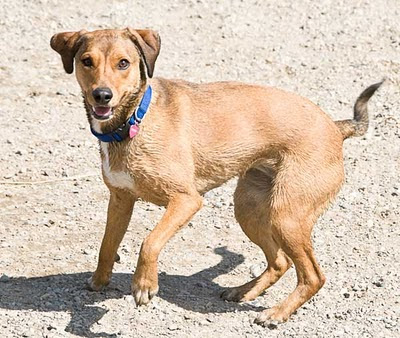 A wet Tipsy. I wish I had a watermellon no no, I mean a picture with Choco or Blanca so Tipsy's size would be apparent. She is small. Bigger than a Chihuahua, smaller than a Spaniel. Nice dog. Nice to see you Diane.