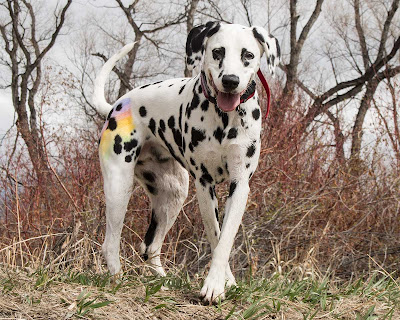 As always, if you click on the photo, it will get really big, which especially in this case is really good.

We had a great time at Norm's this morning.  We walked a long slow lap with our friends Rick, Marney, Maggie May, and Spice.   But then it got really fun, really, as we were leaving we met an old playmate of Nina Blanca's, Kaya.  They did not seem to recognize each other, or maybe Blanca was hoping Kaya did not recognize her, she gave Kaya a rough treatment when they were puppies.  But Kaya held her own.  Well, here is Kaya grown into a beautiful high energy three and a half year old.  Blanca and Kaya are the same age.

Yes, that is a rainbow. 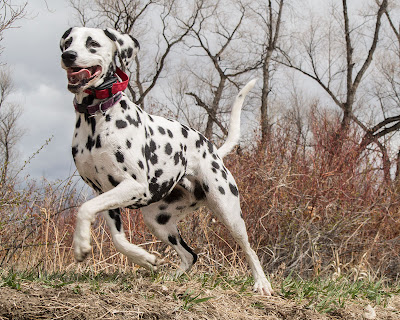 Outta here, she says.  I am lucky to get these two photos, Kaya never stopped running the whole time we walked with her.  She has a buddy named, I think, Spenser.  They play constantly. 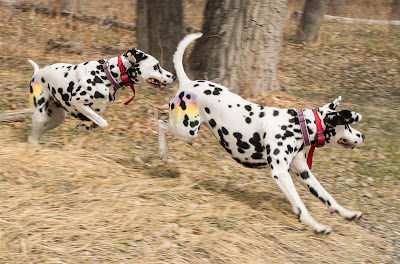 Just playin around. It is two Kayas. The rainbow in motion.  This is what Kaya looked like most of the time, constant movement. 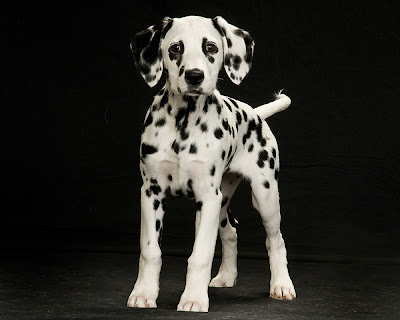 For me this is a really fun posting.  Here is Kaya at about 3-4 months.  I love this.  She and Blanca used to play alot, they were very energetic.  Kaya still seems to have the high energy, Blanca has become layed back. Maybe she is laid back.  I think she has become more wary of the world, not being able to hear.