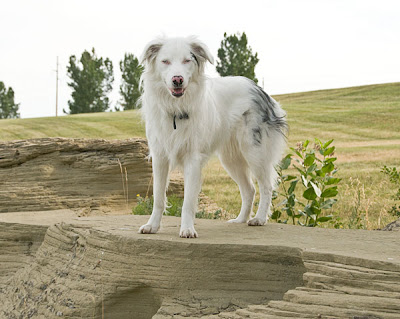 Blanca again. It was cloudy when I got to High Sierra this morning, great for taking pictures of Blanca. It did not last, by nine the clouds were gone. 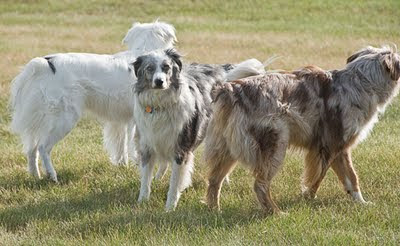 Blanca, Bozzy, and Chocolate. Not a very good picture, but the only one I got of the three Spanish Shepherds. Bozzy is great. I love to watch her, she is so similar to my Blanca. Today she was very friendly to me, the first time I saw her, she was shy of me. She still is worried about the camera. 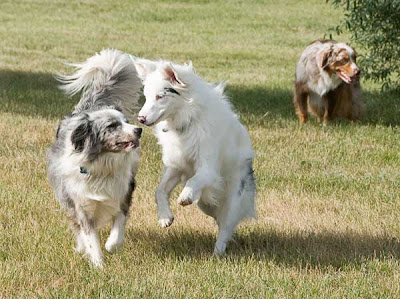 Blanca and Bozzy played together quite a bit today. They both move and run the same, have similar facial expressions. I love to watch them. 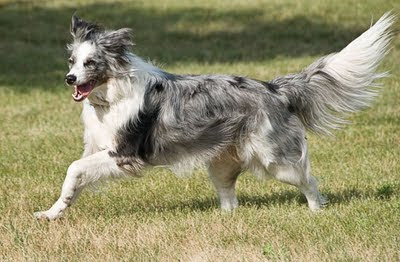 Here we see the big difference. Bozzy has a tail. Oh, I wish my Blanca still had her tail, she would be even more beautiful. Great tail Bozzy. 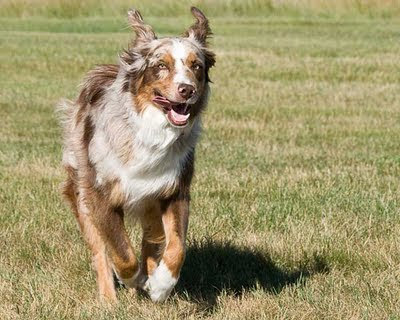 Chocolate being very happy. In the last few weeks Choco has discovered that he is a ball dog. It has changed his attitude totally. Amazing. He is much more outgoing. I think that having a job, the ball, has given him more confidence. My beautiful boy. 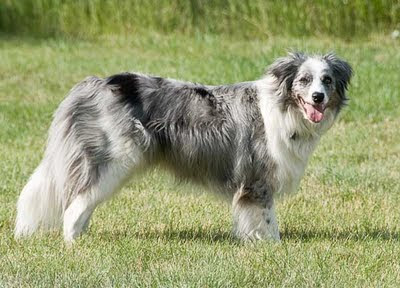 One more picture of our favorite girl Bozzy. We look forward to seeing you again Bozzy. Thanks for a fun day at High Sierra Park.