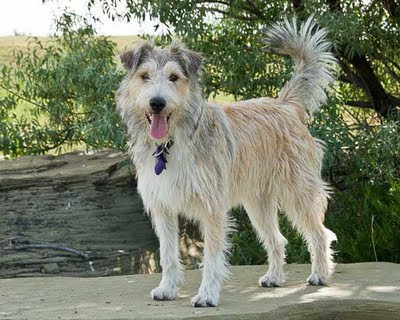 Nice photograph of my friend Finnigan, or as we call him Finny. Finn is my friend Linda's buddy and devoted companion and they both joined us on Friday morning for our outing at High Sierra Park. Finny loved meeting all the other dogs. He is a very energetic little man. Finns mom was a Sheltie, and his father was a Miniature Schnauzer. Looks like a good combination. 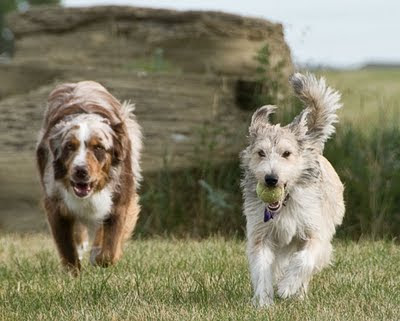 Finn is pretty quick, and much more athletic than my boy Chocolate, who is looking kinda tired in this picture. Finny taught Choco to be a ball dog I do believe. Finny is really good at bringing the ball back and laying it at your feet, and is a tireless ball retriever, actually he will retrieve anything you will throw for him. I think that Chocolate saw how much Finn was having and copied him. I had Choco playing ball, but he would only do it a few times then seem to loose interest. Not anymore, he is now a full fledged ball dog. 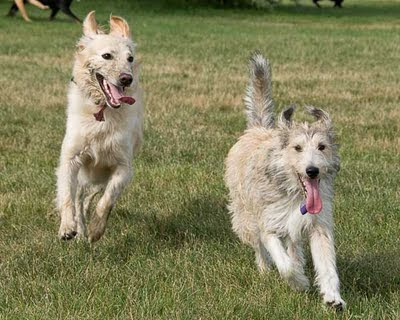 Finnigan had a really great time playing with Clover, who has an energy that matches Finnigans. They ran together quite a while. With the mud on Clover, they are a good colour match too. 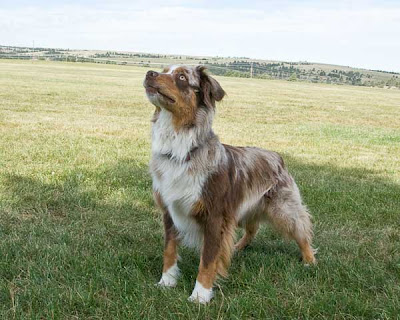 Linda has the Chuck-it in hand and about to throw the ball. Throw the ball says Chocolate. I need to work with this and get his head down and get a better angle. He just shakes with anticipation, should make for some great photographs.