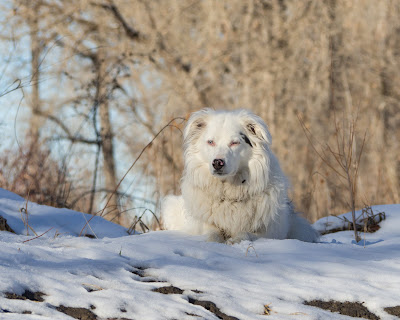 It was a beautiful day, back about a week ago.  It was the 10th.  Most of the snow is gone now.  I am always amazed that Blanca likes to lay on the snow so much. 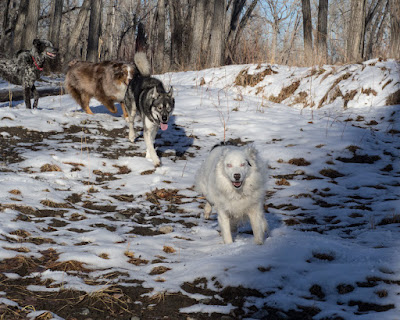 Dog parade. This husky type dog almost became a problem.  He would not leave Blanca alone and she does not like to be poked at.  She is very dominate, I was afraid we were gonna have a fight.  But luckily Simon was a good enough distraction, Pat threw snow balls. 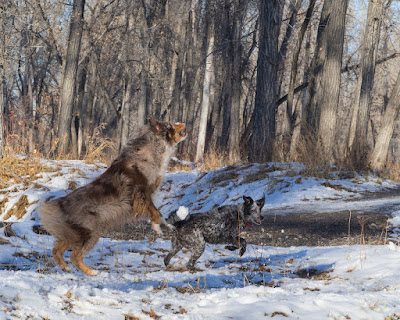 Choco really loved this game.  Snowballs.  I captured him here all feet in the air. Simon is a much better jumper, but I was not able to get any acceptable photos.